We are a busy but friendly school, with lots going on. This website aims to give you a taster of the school, as well as providing up to date information for parents, pupils and the wider community.

We hope that you enjoy your visit to our website, and that you find the information you are looking for. Please feel free to contact the school direct with any queries you may have.

Cuckney C of E Primary School is a small, rural school for children aged 4-11.  Pupils are not only taken from the catchment area of the village, Welbeck and Clumber Estates but also the outlying villages and even as far as Worksop, Warsop and into Derbyshire. 75% of our pupils choose to attend our school from out of catchment areas.

At our school we work hard to ensure that everyone can achieve their full potential in a happy and supportive atmosphere.

We would love you to come and join us so please come and see us in school soon!

The earliest written record of the village is in the Doomsday Book – when Cuckney was credited with having a church, a priest and a mill at the west end of the village. This would have been a corn mill and Norton and Cuckney depended almost exclusively on agriculture for their livelihood until the early days of the Industrial Revolution. 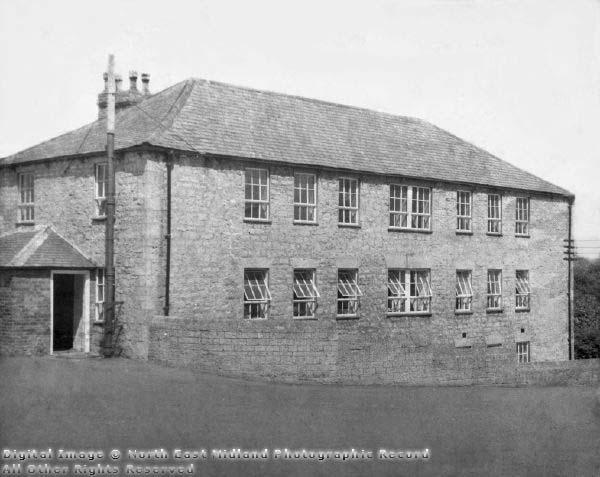 of the village but the real development came with William Toplis of Wirksworth. Toplis saw an opportunity to develop cotton spinning in the area just 15 years after Richard Arkwright had built the first water-powered cotton mill in England. Toplis had become well established as a mercer in Mansfield in the 1780s and was looking to expand his businesses. In 1785 he leased 18 acres of land from Earl Bathurst (whose secondary home was Langwith Lodge, two miles west of Cuckney). William and his son built the mill, converting the “Furnace” formerly of the Sitwell Iron Forge and using it to build some of the machinery they needed for the mill.

The building we know today as the school was only one part of the mill. Joined to it was another larger block – the whole formed a square, with the millrace running through the middle. When you look west from the new building you can still see the arch in the playground wall showing the original site of the mill race. In fact, when the new office and staffroom were under construction, water again permeated into the garden along its original path. If you go into the ground floor rooms of the school you can see the heavy wooden beam from which the water wheel was suspended. There are three tiers of windows but now there are only two storeys, the top floor having been removed. The village has other buildings associated with the mill. Opposite the school we see the Apprentices’ House (now School Cottages) where orphan boys and girls were housed. They were as young as six and brought from the Foundling Hospital in London. Further into the village are Bakers Row, Maltkiln Row (the latter “back to back” housing) and another block known as Ten Row - these housed the adult workers and their families.

In the 1950s the school was rewired for electricity and in the roof was found the original apprentices register recording all the children who had worked in the mill. Many families in the village could be traced back to these children. Between 1786 and 1805, as many as 780 foundling children were recorded in the apprentice's register as having worked there. In 1805 the Worsted Mill was advertised for sale. It was purchased by William Hollins & Sons who had mills at Pleasley Vale and Langwith, they spun cotton. Hollins were famous for the development of Viyella.

However, on July 12th 1844 the mill was closed, the machinery was sold and this brought much unemployment and hardship to the area. The school as we know it today then came into being. The then Marquis of Titchfield (later the 5th Duke of Portland) purchased much of Cuckney from Earl Bathurst. The Marquis was very keen to provide education for both boys and girls and so converted the mill into a school. It opened in 1846 catering for nearly 200 pupils. At first, it was a C of E Voluntary Aided school. In the 1950s it became Voluntary Controlled under Notts Education Committee. The first headmaster was George Freeman, followed by his son John Freeman in 1898. Succeeded by a Mr Wood, who in 1921 proposed a swimming pool be built by damming the river at a cost of £75 – the Local Education Committee refused to contribute so the plan was shelved. Following heads included Messrs. Richards, Rowlands, Taylor, Clifton, Johnson, Key, Beldham and Powell then brought us to our first female head, Mrs Crossland in 2011.

Unfortunately not the ones with chocolate chips.

Some cookies are necessary in order to make this website function correctly. These are set by default and whilst you can block or delete them by changing your browser settings, some functionality such as being able to log in to the website will not work if you do this. The necessary cookies set on this website are as follows:

Cookies that are not necessary to make the website work, but which enable additional functionality, can also be set. By default these cookies are disabled, but you can choose to enable them below: